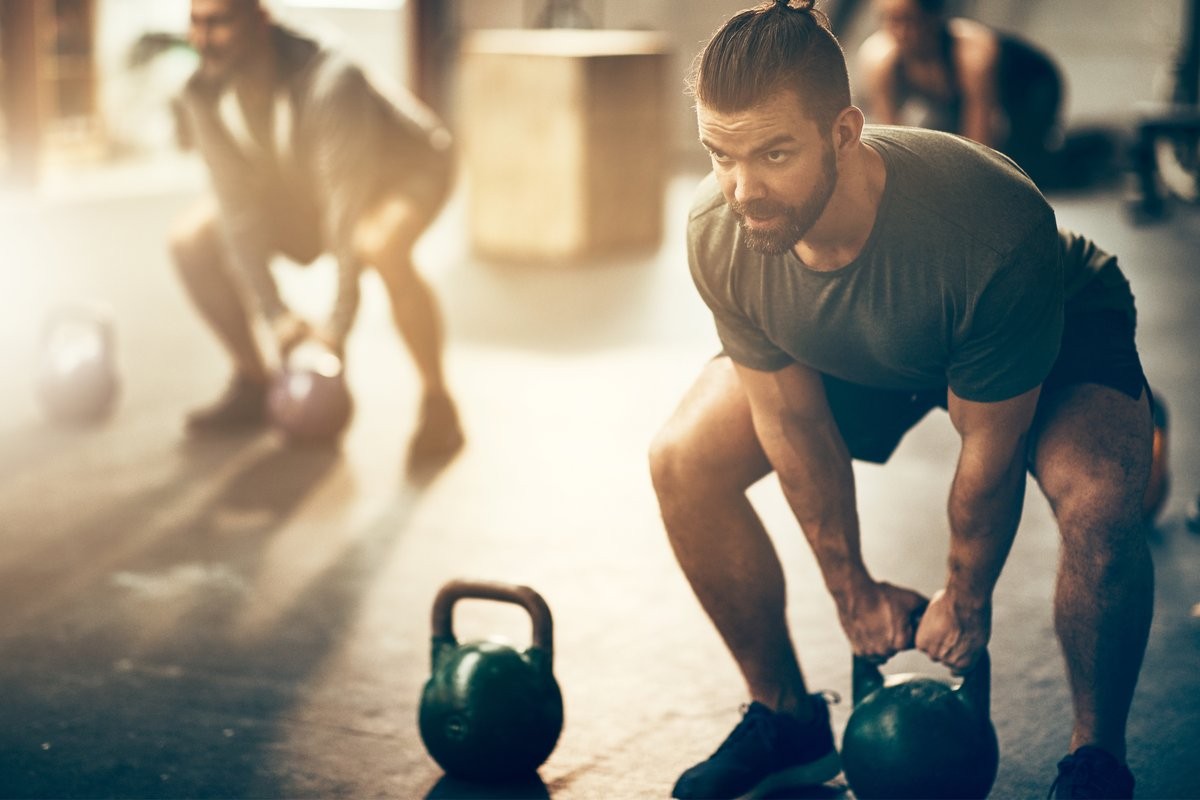 Nootropics are typically taken to enhance cognitive performance. However, bodybuilders, athletes and other fitness buffs are increasingly aware that nootropics can improve their physical performance while working out, too

Nootropics as part of your pre-workout regimen can produce mind-body benefits across motivation, intensity, energy, focus and more to help you get the most out of every training session.

Let’s take a look at the most scientifically-studied nootropics, and how they can help your exercise performance.

L-Tyrosine is an amino acid that improves focus and helps to relieve the stress of training by reducing cortisol production. L-Tyrosine is a nutrient precursor for most of the brain’s dopamine, norepinephrine, and epinephrine. When you increase your brain neurotransmitters, tyrosine can help increase attention, fight fatigue in endurance levels, reduce reaction time and increase blood concentrations.†

L-Tyrosine has been shown to effectively improve cognition in the presence of an acute stressor, typically high intensity exercise such as bodybuilding or CrossFit. In particular, L-Tyrosine can acutely increase the production of noradrenaline and dopamine contributing to an increase in attention and cognitive performance†

L-Tyrosine can assist in improving cognitive performance and reducing the perception of stress during acute exercise, allowing you to train and compete harder for longer.†

TeaCrine is a supplement that contains pure theacrine. Theacrine is a naturally-occurring substance that has regularly been compared to caffeine. You can find theacrine in nature in a variety of places, including many teas and coffees that humans regularly consume, as well as in the seeds of several plants, including Herrania and Theocrama.

Theacrine is an alkaloid, and its molecule is actually structured similarly to the caffeine molecule. Because of their similar structures, caffeine and TeaCrine are believed to activate the body in similar ways. Experts believe that they can both boost positive effects in the body, like increased energy and better focus, and people who consume TeaCrine have been known to experience a tangible increase in vitality and alertness.

One of the main benefits of TeaCrine is that it provides an energy boost to anyone who takes it. When taken as part of a pre-workout, TeaCrine delivers an overall sense of increased energy and vitality.†

Similar to caffeine, TeaCrine has been shown to increase the amount of alertness in people who take it. This means that if you take TeaCrine, you may experience a feeling of wakefulness, as well as increased concentration.†

Huperzine A is an extract from the plant Huperziaserrata, known less formerly as firmoss, or Chinese club moss. It is a potent brain booster that can promote better focus, enhanced memory, and even boost mood to the point of a mild euphoric effect.

Huperzine-A has the ability to quickly and effectively cross the blood-brain barrier preventing AChE from decreasing acetylcholine levels. By having more acetylcholine available, nerve impulses to the muscles are faster and better synchronized, and can better withstand fatigue. This results in stronger muscle contractions and less central nervous system fatigue, meaning you are stronger in the gym and can maintain that strength for longer.†

Taken as part of your pre-workout supplement, Huperzine-A may help to increase cognitive performance and muscular endurance, while suppressing fatigue during training.†

Does Your Pre-Workout Contain Nootropics?

Have you tried nootropics as part of your pre-workout routine? If you're serious about your training and are interested in a pre-workout supplement that contain these nootropics, check out APEX-N and elevate your mental focus, energy levels and physical and mental endurance.

Does Your Pre-Workout Contain Nootropics?

Failing to take advantage of proper supplementation is a vital mistake if you truly wish to push your performance (and muscle growth) to the next level. To max out your workout, you're going to need to get your mind and body at peak levels of energy, focus, motivation and strength. Our recommended approach is to take a nootropic / pre-workout blend that checks all these boxes and then some.

Nootropics as part of your pre-workout regimen can produce mind-body benefits across motivation, intensity, energy, focus and more to help you get the most out of every training session. If you're serious about your training and are interested in a pre-workout supplement that contains key nootropics, check out APEX-N Advanced Pre-Workout + Nootropic and elevate your mental focus, energy levels and physical and mental endurance. APEX-N is a combination cognitive enhancer and pre-workout unlike anything else on the market.

This comprehensive blend of focus-boosters L-Tyrosine, TeaCrine and Huperzine-A with key ingredients Beta Alanine, Creatine, and Caffeine Anhydrous will have you obsessively trying to crush your PR every time you lift.

Fusing explosive pre-workout energy and strength with key nootropics, APEX-N is a combination cognitive enhancer and pre-workout unlike anything else on the market.

This comprehensive blend of key ingredients like Beta Alanine, Creatine, and Caffeine Anhydrous with focus-boosters L-Tyrosine, TeaCrine and Huperzine-A will have you obsessively trying to crush your PR every time you lift.

This powerhouse pre-workout is front loaded with all the right stuff:

Beta Alanine: Already produced naturally in the body, beta alanine is an amino acid that aids in carnosine production. The presence of carnosine is critical in keeping your muscles fresh and giving them optimal endurance. It is vital in allowing you to push deeper for high-intensity workouts and heavy lifting.  The ability of beta alanine to reduce fatigue makes it a must have for anyone looking to do more today than they did yesterday.

Creatine Monohydrate: The importance of creatine can not be overstated.  It is known as the building block ingredient for building muscle.  It permits the body to quickly produce cellular energy to boost strength and promote muscle endurance. Creatine monohydrate restores ATP levels in the body encouraging heightened levels of muscle growth.

Teacrine Pure: Teacrine has been used for centuries in traditional Chinese teas as a way to give massive boosts of energy and reducing fatigue without the side effects of other stimulants.  It help give you the push to overcome fatigue and move your preset energy boundaries to the next level.